I have a memory from when I was probably about four or five (which would make this 1981 or 82) where I can distinctly recall excitedly running out to my back garden one day to look at the bases of the trees to check for little doors cut into the trunks.

I remember being completely entranced with the thought that little beings lived inside those trees. It’s a hard feeling to describe, when that sense of wonder and unfaltering belief encompasses you. It’s an intoxicating thing and never, ever gets old.

The little beings I wanted to find in that back garden were, invariably, Gnomes.

Nearly forty years have passed and, really, that sense of wonder and joy at the prospect of Gnomes living inside the base of trees hasn’t diminished in me at all. I know, I know, I’m a grown man for goodness sake! But that mystery! That sense of a magical world that can be seen if you choose to seek it out, is still as intoxicating and appealing to me as it ever was, whether I believe in it or not. 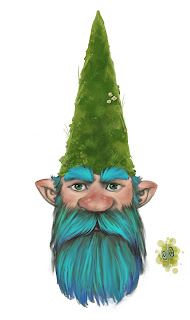 I’m rather fond of Elves, Trolls and Goblins too, but there’s just something about Gnomes that I’ve always felt a connection with. I think that's why I draw them so much. Maybe it's to commune with them somehow, to connect with them through the lines on the page. Perhaps I'm trying to draw them into existence, as if, by giving them shape, they become real.

I have plans for my Gnomes. I'd eventually like to write and illustrate a guide to Gnomes, my take on those beings, anyway. I also have some picture and chapter book ideas that will hopefully see the light of day at some point. 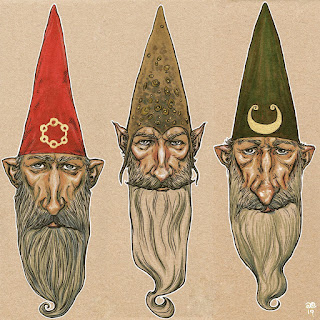 One of those ideas is what I am currently working on right now, actually. Without revealing too much of the story, it’s the tale of a Gnome that lives all alone on a magical island and loves nothing more than the sound of... well, no sound at all. Then, one morning, he wakes up to the sound of voices nearby.

So I’m busy developing that story and giving it the time it needs to breathe and reach its full potential, which is a part of the world creating process I have been known to rush, to the detriment of the story and work. I think I’ve received a few rejection letters because of that very fact, actually. 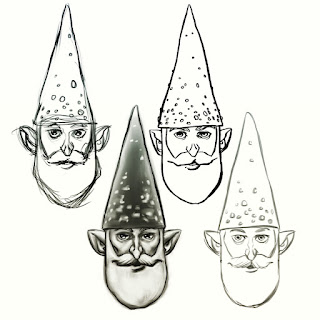 But I’m really determined to do things right this time, to maximise my chances of procuring an agent and hopefully soon after, a publisher.

I’ll be much more active on this blog as I move forward, too. It will be something more resembling a journal of ideas and experiences. So I hope you’ll indulge me as I talk about Gnomes a lot for a while here!

Until we meet again. 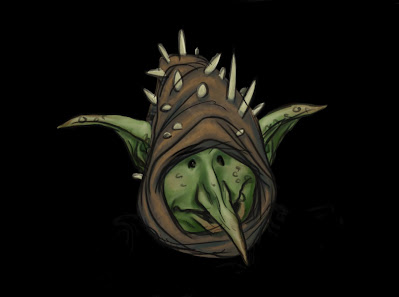 I recently had a birthday. I'll not terrify you by revealing how old I turned (somewhere between being too old to take up skateboarding and not yet old enough to truly pull off wearing a knitted vest...), but I will tell you about what I have chosen to do with this marker of another year passed. Put plainly, I have given myself the challenge of getting an agent by the time I turn another year older.  It's a simple statement, but a difficult thing to achieve. Many people attempt it, few of them make it. I am determined to become one of the people that makes it. It will require a huge amount of work, less sleep than would be liked, more learning and growing, experimentation, adaptation, and lots of the artistic equivalent of perspiration.  In one word, it's all about commitment . I have that in spades. I have trucks full of that stuff. So it's time to make it happen, cap'n. There are stories to tell, pictures to draw, characters to create, worlds to reveal. The Realm