Hermann Vogel, a master beyond time.

There's a German illustrator from the turn of the last century that is, at least to my and several other minds, incredibly undervalued, unknown and unbelievably good.

His name is Hermann Vogel.

I've been admiring his illustrative work for a few years now, thanks mostly to the great Tony DiTerlizzi and his admirable quest to raise awareness of him. Vogel was a master draughftsman that seems to have influenced most of the great artists from the Golden Age of illustration. I can certainly see his work in Arthur Rackham, Dulac and even a later artist in Frank Frazetta, especially in his treatment of foliage and foreground elements.

Recently, I managed to get a copy of this absolutely beautiful book with some of his early work in it... 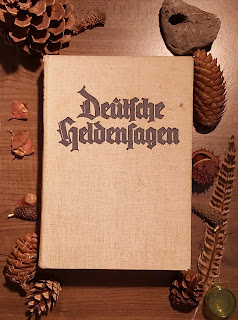 I can't lock down the exact publication details, but there is an inscription from a previous owner at the front of the book that is dated 1933, though I believe the publication to be a decade prior to that too. Any way you look at it, it is a book that is about a century old and is honestly one of the most wonderful books I have ever owned. The pages are thick, the type is gorgeous and it smells exactly how good old books should smell. Even better, the book was ridiculously cheap for what it is. I believe this edition doesn't include all of the illustrations Vogel produced for the stories held within (which includes Siegfried, Parsifal and Beowulf!), but there are still twenty masterpieces between its covers.

Here are some of the more choice illustrations included in the book... 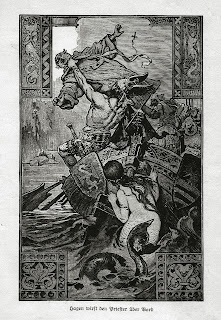 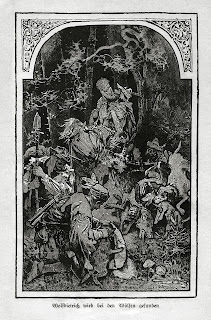 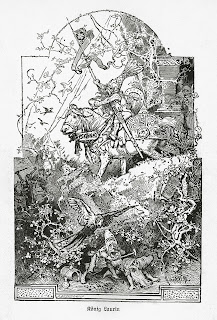 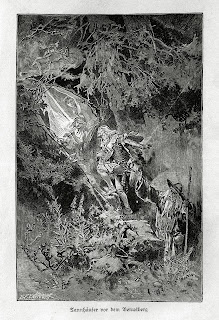 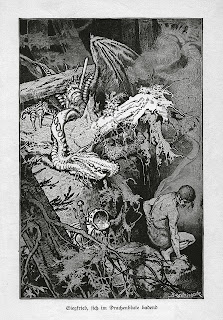 You may note that several of the illustrations are signed by both Vogel and another person called 'Brend'amour.' This is the German printmaker Richard Brend'amour who helped pioneer several techniques in the field. How much of these illustrations is his handy work is unknown, but as he was a specialist in halftone technology, I think it's safe to say that his hand is present in a lot of the illustrations. (Do let me know if I'm wrong about this!)

Anyway, I'm constantly astounded when I see Vogel's early work. He really was doing things that nobody else was doing yet and has to go down in history as one of the great Fairy Tale illustrators of all time. Look at how he poses his figures. They are dynamic and elegant. His backgrounds not only serve to enhance the overall design of the illustration, they also add elements that further the story and setting. His trees are some of the best that have ever been done. They are simplified, stylised and almost impossible in the way they grow, but you still admire and believe in them.

Lighting and fluidity of movement plays a big part in Vogel's work. Some of the illustrations are packed with figures, but he always manages to place them in such a way that they never seem to visually get in the way of each other. He achieves this with very clever usage of lighting to highlight focal points and by creating depth. There is often a very distinct foreground, middle and background, each with their own elements and appealing things to draw your attention.

This is perhaps Vogel's greatest strength - his uncanny ability to create obvious points of focus, through a range of technical skills, but once you've looked at the important elements there's always plenty more for you to see. The images hold your gaze and invite you to come see what else you can find.

I encourage you to zoom in on his work and be drawn into his world. It is a fantastic place to be. 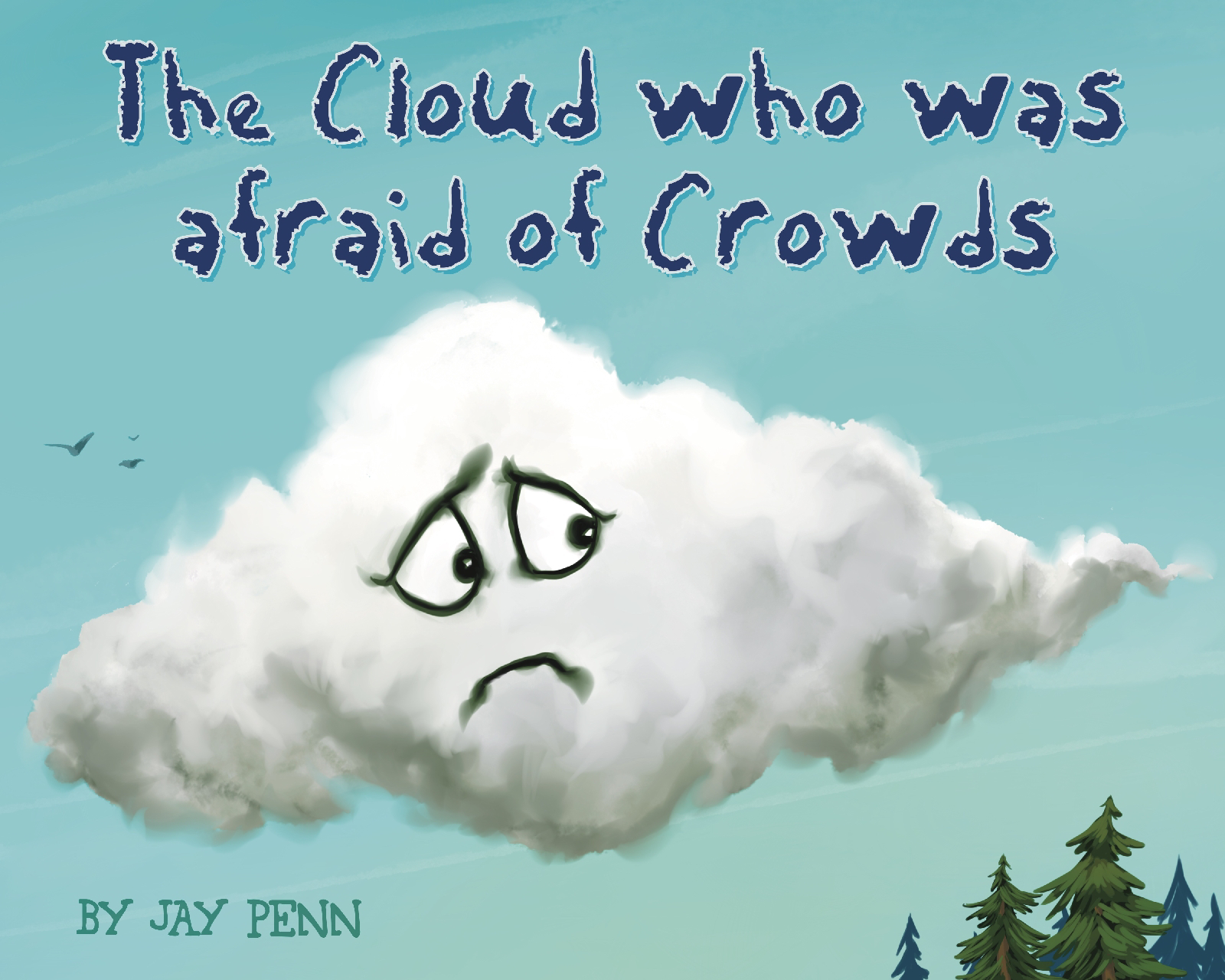 Cloudy, with a chance of...

Do you ever have an idea that is so strong, to your mind at least, that it’s urgency and pressure essentially compels you to do something with it? I get them a lot. Probably  too  many of them, actually. Some ideas seem strong to begin with, but fall apart in your hands when you try to flesh them out. Others lead to even better ideas. Some ideas are really great, but you just don’t have the time to give to them. I have a little notebook that I carry with me that is full of what seemed like purely genius ideas at the time. Some of them have stood the test of further development, but a lot of them have not. My big problem is TIME. There is absolutely, positively, definitely not enough of it. I’d love to just sit and bring every story idea I have to its full potential. But that simply is not possible. Which is something I’m coming to not only realise and accept, but also to see as a way of focusing on the important things. The things I want to concentrate on. Take this idea, for example…